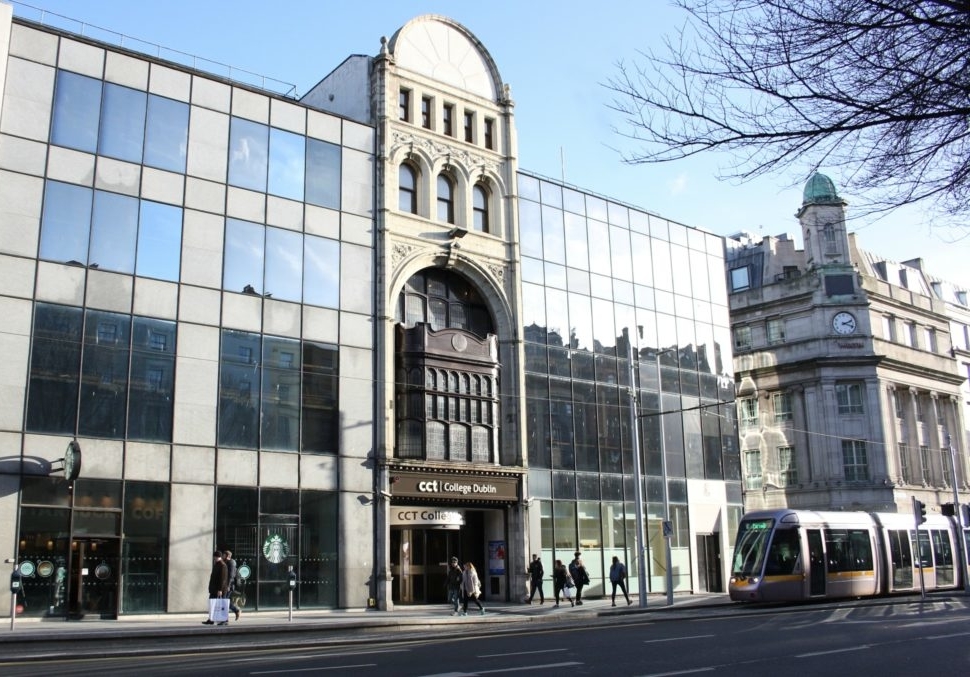 CCT College Dublin has acquired Digital Commons from Bepress. The College’s institutional repository will be named the Academic Research Collection (ARC). Neil Gallagher, President of the College describes the acquisition as pivotal to the College’s strategic goals which ‘champion a cooperative teaching and research culture that connects with other higher education institutions.” The acquisition, Gallagher adds is also aligned to a key goal of the College as articulated in its Strategic Plan to 2020 to “to progress excellence in innovation, knowledge transfer and reputation in an international higher education landscape.”

CCT College which was founded in 2005 is a member of the Higher Education Colleges Association (HECA). The College offers a range of qualifications in IT and Business on the National Framework for Qualifications up to and including level nine which are validated by Quality and Qualifications Ireland. The College has become just the second higher academic institution in Ireland after the Technological University, Dublin to acquire the platform and the first private higher education college in Western Europe.

Gallagher goes on to say that Digital Commons is “integral to showcasing the caliber of faculty at CCT who are engaged in a wide variety of scholarly activity including the publication of peer reviewed academic articles, book publication, conference chairing, conference presentations, poster presentations and more, nationally and internationally. Digital Commons will be equally important in showcasing high quality research generated by students of the College as part of their academic studies.”Gallagher adds that there “is a rapidly expanding research culture at CCT College and that the dissemination of the institution’s intellectual output is extremely important in the context of the Government’s Strategy for Higher Education to 2030 which advocates that all higher education students learn in a research active and research informed environment.”

CCT College recently renovated its physical library which is now twice its original size.  Gallagher states that “The acquisition of Digital Commons which will be managed by the Institution’s Library Service is indicative of the College’s Commitment to expanding library services in line with international best practice.” The Library Manager, Justin Smyth who is a graduate of the School of Information and Communication Studies at University College Dublin says that he is “looking forward to populating the platform employing the highest quality metadata, the use of permanent identifiers for academic papers and the integration of Orcid identifiers. The ability of the Commons to ingest publications into a staff profile will be hugely advantageous in expediting some of these processes.”

The Dean of School, Graham Glanville concurs, stating that acquisition of the Commons is also “reflective of the College’s commitment to promoting green open access publishing to maximise the dissemination, citation and impact of the Institution’s intellectual output. Features on the platform such as the Collaborate icon will also assist faculty wishing to expand their research networks nationally and beyond.”

Gallagher looks forward to formally launching the platform later this year. He states that “It’s been another good year for CCT. The College has launched a five year Research Strategy with the establishment of an institutional repository as integral to its implementation and success. This Strategy also includes a goal to publish a cross institutional peer reviewed, open access academic journal which the publishing functionality of the Commons will facilitate. Additionally, the College is continuing to expand its programme provision with an application to Quality and Qualifications Ireland for validation of an MSc in Applied Software Development.” Naomi Jackson Dean of Academic Affairs with responsibility for institutional quality assurance and governance concludes that the “Digital Commons platform will also be an important mechanism in highlighting the staff expertise that underpins programme design and delivery at CCT College”

New issue of An Leabharlann available
1st April 2022
IFLA WLIC 2022: Want to share your work and findings with an international audience?
30th March 2022
IFLA WLIC 2022 – Recent Site Visit and Early Bird Closing
29th March 2022
We are using cookies to give you the best experience. You can find out more about which cookies we are using or switch them off in privacy settings.
Cookie settingsACCEPT
Manage consent